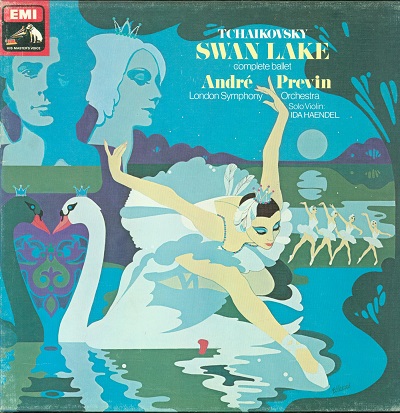 Born in 1840 in a small Russian town, Tchaikovsky died 53 years later in the great metropolis of St. Petersburg, most probably of cholera, brought on by deliberately drinking a glass of contaminated water.  His suicide marked the end of a life of many personal crises and long bouts of depression, mostly caused by a combination of a very sensitive nature and his hidden homosexuality. The strong emotional content of his music and his great gift for melody has made Tchaikovsky one of the most popular composers.  It also may well be a reflection of his personal life.  As was true of Russian composers of his day, Tchaikovsky worked for a living in another occupation. Although he showed precosity as child in music, his parents wanted him to have a steady profession, at a time when most musicians were regarded as only a step or two above the peasant class.  He studied to be a civil servant in St. Petersburg and worked as an assistant in the justice ministry. When he was in his early 20’s, he entered the first class of the newly founded St. Petersburg Conservatory, which followed the dictates of the traditional Germanic school of music composition (Brahms, Schubert, Beethoven, Mozart, etc.). This put Tchaikovsky at odds with the growing Nationalistic schools of composition, led, in Russian, by a group of five composers headed by Nikolai Rimsky-Korsakoff. Tchaikovsky’s compositions became a mix of the two schools, and he was criticized by both.  Despite this, and his extreme sensitivity to criticism, Tchaikovsky maintained good relationships with both groups, collaborating with members of both, though always maintaining his independence. After his graduation from the Conservatory he was retained as one of its early professors. His compositional reputation grew, and by the mid 1870’s he was asked to write the score of his first ballet, Swan Lake.

Two major changes in his life occurred about the same time. He was introduced to Nadezhda von Meck, a very wealthy patron of arts. She began to support Tchaikovsky very generously with a stipend of 6000 rubles a year, almost 20 times the salary of a minor government official. This allowed him to resign his professorship and compose full time.  Though they corresponded regularly, von Meck stipulated that they should never meet, and they never did. In 1877, Tchaikovsky married one of his students which a total disaster. They were totally incompatible and Tchaikovsky left the marriage emotionally distraught with severe writer’s block after only 2 and 1/2 months.  His relationship with von Meck, however continued for 13 years until reverses in her own fortune and health forced her to terminate the relationship. Von Meck died four years later, a few months after Tchaikovsky.

His first ballet, Swan Lake, was composed in 1875-6 and was met with a poor reception at its premiere at the Bolshoi Ballet in Moscow in 1877.   However, 16 years later, a revival was planned with the great choreography team of  Marius Petipa and Lev Ivanov creating a significantly revised ballet.  Unfortunately Tchaikovsky died that year and the conductor Riccardo Drigo was forced to create a revised score, with the approval of Tchaikovsky’s brother Modest. It was staged in 1895 to great acclaim and has become one of the most popular ballets in the repertoire, with the revised score.  The evil magician Rothbart has doomed a group of princesses to live their lives as swans in the daytime, returning to human form at night.  Siegfried, the handsome prince discovers the swans while hunting, just as the sun is setting and they are returning to human form. He falls in love with Odette.  By pledging his everlasting love, he will free Odette from the curse. Rothbart, in the form of an owl, takes Odette away as dawn is breaking, and Odette flies away.   When he returns to the castle, the prince is tricked by the Rothbart, now in human form into falling in love with Odile, dressed in black,  who looks just like Odette.  This means the Siegfried has broken his vow and Odette is condemned to remain under the curse. Siegfried returns to the forest to find Odette in despair. She dies in his arms, and they rise together toward heaven as the curtain falls.  In a later alternate ending, Siegfried fights with Rothbart in the forest and breaks his wing, mortally wounding him. The spell is broken and all the swans are now transformed back into princesses. Siegfried and Odette go off to live happily ever after.

The story of the performance of Swan Lake forms the background of the horror movie “Black Swan” where Natalie Portman won the Academy Award best actress award in 2010. Its story capitalizes on the dual nature of the role and of good and evil within one person.

The dual role of  Odette/Odile is one of the most challenging in the repertoire, with the performer on stage almost continuously beginning in Act II through the end of Act IV.  Some of the most famous ballerinas in the world danced this role.  I was fortunate to see the Prima Ballerina Assoluta Maya Plisetskaya of the Bolshoi Ballet dance this role in 1966 when the Bolshoi toured Boston, where I was going to college.  Many years later, in 2010, I met Ms. Plisetskaya in London and had the chance to talk with her for a short time.  The title of Prima Ballerina Assoluta has been awarded to a handful of ballerinas across the world, only eleven since 1894, and only one currently. The first to receive the title was Pierina Legnani, an Italian ballerina who starred as Odette/Odile in the revival of Swan Lake in 1895, which is the basis of all modern productions and led to its world wide popularity. 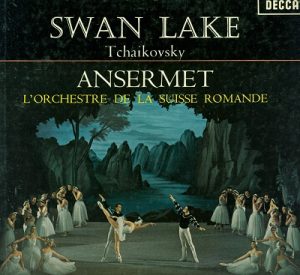 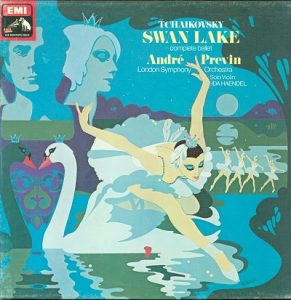 A favorite performance of Swan Lake is Ansermet’s on Decca recorded in the late 1950’s (SXL-2107-8) which has some cuts, and another is Previn’s on EMI (SLS-5070), which is also a TAS Superdisc. 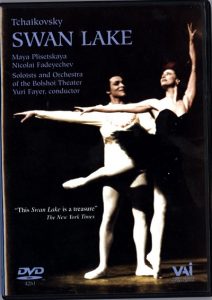 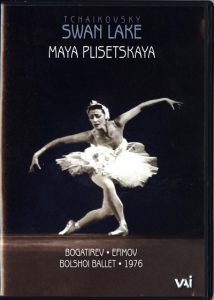 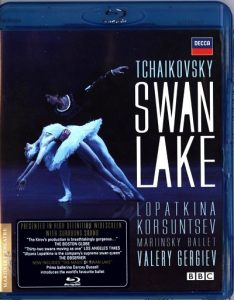 Since these are ballets, which are meant to be both seen and heard, I would recommend several DVD’s of the complete ballets.  You can see Maya Plisetskaya on two different DVDs of her performances with the Boshoi Ballet, recorded in Moscow.  Over her long career, she danced Swan Lake over 800 times.  The first performance was filmed in 1957, when Plisetskaya was 32.  I saw her 9 years later when she was 41.  Amazingly, the second performance on DVD was filmed when she was 51, in 1976.  The most memorable part of her performances is at the end of Act II, where she appears to float off the stage, moving her arms up and down, if they were wings.  The audience, including myself and my three roommates, uttered a simultaneous, very audible gasp!  The 1957 version is a film, with somewhat annoying shots of the audience and occasional use of a camera at the back of the stage looking through the performers to the audience.  It also uses some extreme facial closeups.  The 1976 video is a more faithful depiction of the actual performance, including many interruptions by the audience with extended applause and curtain calls.  One interesting difference is that the famous cygnets sequence with four ballerinas performing intricate maneuvers with their arms across there bodies and hands locked, only occurs in the 1976 sequence.  The earlier 1957 sequence has six dancers, but their arms and hands are locked for only short periods of the dance.  All of my recommended performances use the alternate happy ending, where Rothbart is killed and Odette and the other swans are freed from their curse.

The third DVD, available as a bluray, is of a modern performance with the Mariinsky Ballet, the successor to the Kirov and Imperial Ballets of St. Petersburg, where Swan Lake’s revival of 1895 was staged. In the third act, Ulyana Lopatkina, as Odile, the black swan, executes the famous 32 fouettes or turns on one foot, the most difficult move in ballet.  Here is a TED talk explaining how it is done.   http://ed.ted.com/lessons/the-physics-of-the-hardest-move-in-ballet-arleen-sugano. It has an interesting documentary about the performance and of ballet dancing, narrated by Darcey Bussell, former prima ballerina of the Royal Ballet.