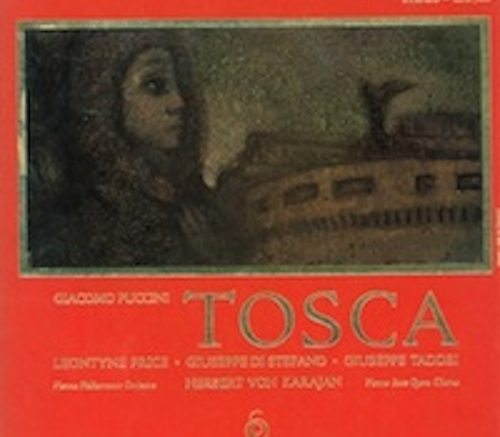 The famed critic and music pedant Joseph Kerman coined “that shabby little shocker” phrase for Tosca in his book “Opera as Drama”, a book I read in college as part of a music appreciation course. Tosca is a melodrama, with lots of intrigue and death (all three main characters are dead by the end of the Act III.) It also provides one of the greatest dramatic opportunity, particularly for role of Tosca. The opera has one of the great, really evil villains in all of opera, Baron Scarpia, a baritone. In most operas, if there is a villain, then it almost always is baritone. The person who is almost universally regarded as the greatest Tosca is Maria Callas, particularly in her earlier recorded performance for EMI, in quite glorious mono. It has been reissued by Speakers Corner, which is the version I have. It also has been released on hirez digital (24/96 PCM by Warners which now owns the EMI classical catalogue). Callas was almost an exact contemporary of Renata Tebaldi, whom I recommend for her “La Boheme”. They were considered rivals and sang many of the same roles for the big two British companies EMI (Callas) and Decca (Tebaldi). However, Callas was much more the great singing actress, a true dramatic soprano, while Tebaldi was much more the singer who also acted. Although there was some overlap of roles, there were many roles, including Tosca, which played to the strengths of one and not the other. 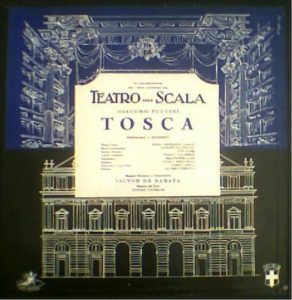 Callas had a very public and, in many ways, tragic life. She was born in New York City, but moved to Greece as a teen. Built very much in the physical mold of the typical opera singer of that era (it ain’t over till the fat lady sings), Callas had a beautiful voice and great dramatic abilities. One of her first roles was as Tosca at the age of 19. In mid career, she underwent a huge physical transformation – losing a massive amount of weight and becoming a glamorous diva on stage. She also lost much of the beauty of her instrument. Like Tebaldi, Callas recorded many operas during the early mono LP era, and rerecorded them later in stereo. That was true for Tosca. My recommendation is for the earlier mono version of Tosca. Callas died at the age of 53. Her later life was most famously involved in her triangular relationship with Aristotle Onassis and his romance and marriage to Jackie Kennedy. 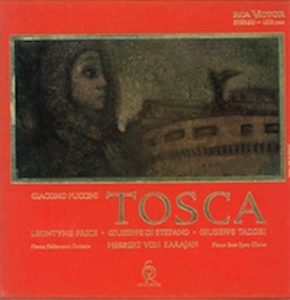 My favorite and perhaps the greatest stereo recording was done by Karajan with Leontyne Price as Tosca in 1963. It was an Absolute Sound Super Disc. Like many of the great RCA recordings of that era, it was actually engineered by Decca. The producer was John Culshaw and engineer Gordon Parry. Recorded in the Sofiensaal in Vienna, the orchestra was the Vienna Philharmonic, which was contracted to Decca and appeared in this recording which, like most RCA Decca recordings was licensed to RCA for 10 years, and then released on Decca. (RCA LDS-7022). The album is quite posh, part of the RCA LDS Soria series, with a lavish book included. 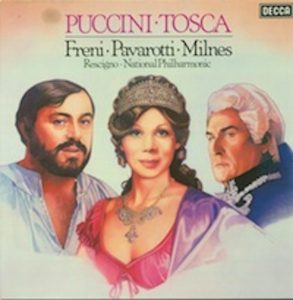 The Pavarotti-Freni album has both singers in top form, though without the dramatic fire of the Callas version. Pavarotti has two of the great tenor arias In the first act is “Recondita armonia”, and in the third act “E lucevan le stelle”, while the great soprano aria is “Vissa d’arte” in the second act. Kenneth “Wilkie” Wilkinson engineered the album with excellent sonics, done near the end of analogue era, in June 1978, 2 years before Wilkinson’s retirement from Decca. For those vinyl addicts, the London (US release) (OSA12113) was released before the UK version (Decca D134D2) and was pressed in the UK (preferred), while the Decca version was pressed in Holland.

Joining La Boheme and Madama Butterfly, Tosca is one of Puccini’s three most popular operas, and one of most performed operas in the repertoire.