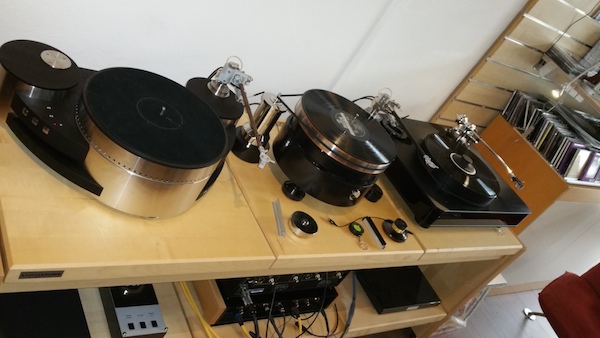 This report is about two visits to A10 audio,  one in Jan, and one this weekend with Ron, which fit in nicely as I was visiting Concertgebouw to listen to Bernard Haitink perform Debussy Preludes and Bruckner’s 7th. Given that I have heard Debussy Preludes at my favorite small ensemble hall Sheldonian in Oxford, and heard the same conductor perform the same symphony at Barbican, maybe one day I will write and article on A/Bing the Concertgebouw, Barbican and Sheldonian, albeit without level matching the SPL 🙂

Till then, hope you guys like the compare notes of:

Many thanks to Alex at A10audio, who, apart from having such a magnificent collection of analog – where else can you compare such components – also has listening experiences with various gear such as Nagra, NAT, KR, Octave, PTP Lenco, Lyra, Zyx, Ortofon, Ikeda, Aavik, Raidho, Ansuz, KEF, etc. and stocks many of these. 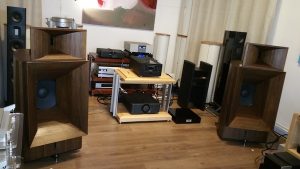 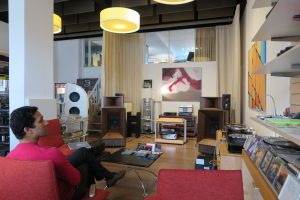 On the analog front, the phono is the VDH Grail. We compared it to another VDH model of the same retail but I preferred the grail because of the timbre, and we stayed with it. We started with the Feickert Firebird with the Ikeda 407 tonearm and Zyx Uni 1 cart (I already know I like the Uni II and the Uni Premium).

We compared Feickert to the Reed Idler with the Reed 3p 12 inch tonearm with the Koetsu Onyx.

Going back and forth, I felt that both on the Winterreise and the Bruch Scottish fantasia, the Feickert was showing more emotion and better timbre. I do know that the Zyx will have a higher end timbre and be more nuanced than the Koetsu. The difference between the two was minimal, and you could choose either. The Feickert also had good deep bass and depth of stage.

We again swapped, but the conclusion remained the same as above.

What surprised me, though, was the switch to the Pluto. The Pluto was like a direct drive. Easily the most explosive of the lot, and great stability on Piano. The Pluto had a 10 inch Reed arm, and the Koetsu Rosewood Signature, which was lower end to the other carts, and not known for being explosive. The Pluto is 16k Euro retail, and the designer’s basic model. With the Pluto, music does feel as if it has a quickness to it, more charged, while with the Feickert, the music had sense of relaxation. Pluto was also the most stable on the piano, and quiet. 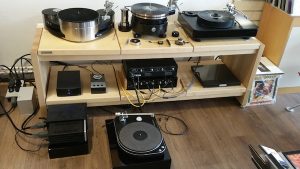 Alex was therefore kind enough to move the Thales tonearm to the Feickert, allowing me to compare the Thales vs the Ikeda directly on the same TT, with the same carts, into the same VDH Grail phono. Both had the Ansuz Diamond phono cable now, though the Thales one was newer and not burnt in. 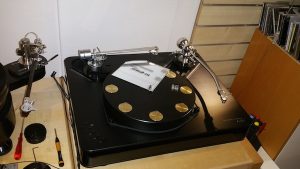 Again, the initial perceptions were confirmed. The Ikeda had more midbass and weight. On Winterrise, which is Piano and Leider, this was clear. On Scheherazade and Beethoven Emperor, the bass, weight and higher soundstage from the Ikeda was clearly audible. The Thales seemed slightly more nimble footed, and had good control. On classical, the double bass extends downwards more on the Ikeda and the Zyx. The weight can surely be felt.

Personally, I think you can’t go wrong with either of these turntables. The differences are marginal and could change with slight changes in the set ups or in any of the carts and phono. But I definitely now love the Zyx and the Ikeda is a contender. The Zyx has this ability to sound extended in the highs without any edge. It is both full bodied in the middle and extended at either end, with great depth of stage. Musical with timbre, bass and stage.

Checking quickly with Hakan (number95 on WBF), who owns both Ikeda arm and Zyx Uni P, he prefers his Zyx on his Graham and Ikeda Kai on Ikeda, and turns to the Ikeda system for classical, and Zyx for Jazz 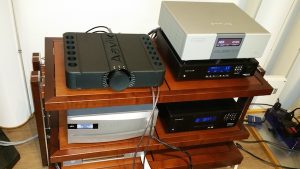 We then quickly compared the EMM Labs dac to the Rossini dac on Bach chorals, baritone, duet, and a tutti from Mendolssohn’s Elijah. Surprisingly enough, the dCS seemed more rolled off compared to the EMM. Also, the EMM was more natural, just had a bit more of everything. Was the difference major? Not really. Such differences in digital are minor. Alex did mention that with such a preference I would tend to prefer the EMM to the Vivaldi, except when the upsampler was added to the Vivaldi, which is when it takes off.

I did find that the Reed had some set up issues, so on the next trip back, I requested Alex to add the Zyx to the Reed. So we had the Reed with Zyx, Feickert with Zyx, but the arms differed. Reed vs Ikeda. The amp had now changed to the Halcro.

Both Ron and I preferred the musicality, weight, and bass of the Feickert. What again surprised both of us was the energy of the Pluto, which shows through in the microdynamics. Both Pluto and Reed have a metal platter, and sound a bit more cleaner than the Feickert. Ron played a jazz track that sounded more charged on the Feicket as compared to the Reed. It is interesting how, when you hear different turntables, they talk to you differently. Anyone who has heard a Techdas vs a Kronos would hear that. Short of owning 3 to 5, you really need to find one that talks to you.

People should also experiment with Pluto with different configurations.

Here are some excellent pics from the Pluto site

Here is the 6 moons write-up