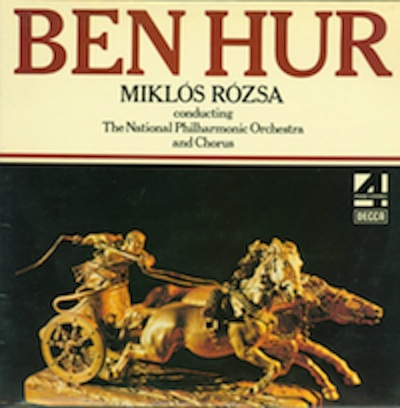 Harry Pearson, better known as HP, founded The Absolute Sound (TAS) in the early 1970’s. By the fourth issue he had already started to change the record buying patterns of audiophiles around the world. Starting as a list of recommended records, it morphed into the “Super Disc List” pieces of paper that record hunters carried in their back pockets as they browse both new and used record shops. I was one of those. By the time HP had left TAS, the list had grown to 600 records, some in multiple set albums, and many used and out of print or from UK or other non US origins , or both. Many not easy to find, and with the demand from TAS Superdisc seekers, the price of many were driven upward.

I have already mentioned several albums which were on the TAS Superdisc list, but this series will focus on many more, mostly classical, which appeared on the list at least once.

The two in this blog both contain music written and conducted by Miklos Rozsa for epic films, set around 2 centuries ago in Rome, Ben-Hur and Quo Vadis. Both were recorded by Decca for their Phase 4 series. Raymond Few produced the albums, and Stanley Goodall engineered them. They both featured Rozsa conducting, the National Philharmonic Orchestra for Ben-Hur and the Royal Philharmonic for Quo Vadis, recorded in Walthamstow Hall and Kingsway Hall respectively. They were recorded a year apart, with Ben-Hur recorded in 1976, and Quo Vadis in 1977. 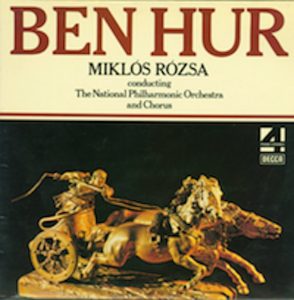 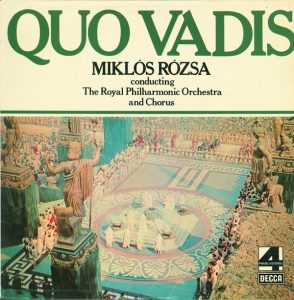 Phase Four was Decca’s answer to the increasingly multimiked spectacular recordings coming out of the United States, namely from labels like Command. They were full of overt sonic effects, with instruments clearly delineated to the listener. They were in no sense in an acoustically natural setting, with normal balances, but instead used all the tricks of a multichannel mixer. However, they are very entertaining and enjoyable recordings.