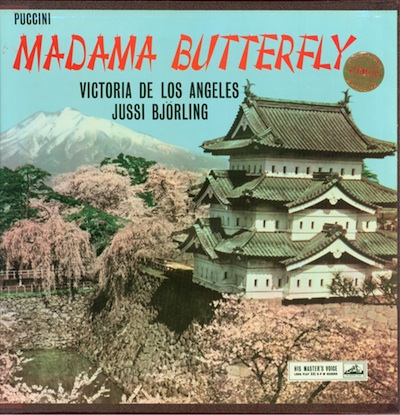 For his librettist for Madama Butterfly, Puccini chose the team of Illica and Giacosa, the same librettists who wrote La Boheme. It joins Boheme and Tosca as three of Puccini’s most popular operas, and among the most performed in the world. Unusually, the tenor is both the male love interest and the villain of the story. Like the other Puccini operas, Boheme and Tosca, the heroine, Butterfly, dies, in this case by her own hand. Puccini sets the opera in exotic Japan and even uses some Japanese music as well as parts of the Star Spangled Banner (theme for Lieutenant Pinkerton, the tenor villain.) This is a different kind of love story, where Butterfly takes Pinkerton’s advances very seriously, getting married and having a child, without knowing that Pinkerton is treating it as a sham marriage. 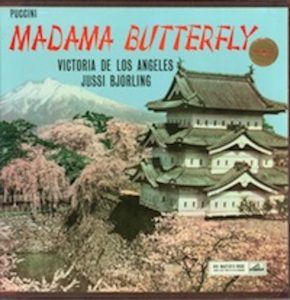 My favorite recording is with the great Spanish soprano Victoria de los Angeles as Butterfly and the famed Swedish tenor Jussi Bjorling as Pinkerton. It is on an early stereo recording by EMI. The big hit of the opera is Butterfly’s aria “Un bel di” (One Fine Day) where she waits and dreams for Pinkerton’s return to her and their son (not knowing that he will be returning with his American wife). 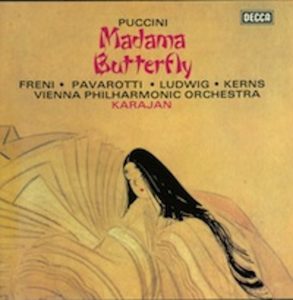 The Decca recording with Pavarotti and Freni joining once more, has Pavarotti’s wonderful voice in great form and great Decca sonics. An excellent alternate choice. It was recorded in the Sofiensaal in Vienna, with Christopher Raeburn producing and Gordon Parry, James Lock and Jack Law doing the engineering. Karajan conducted the Vienna Philharmonic. The recording was done in 1974 when both Pavarotti and Freni were at the height of their vocal powers. 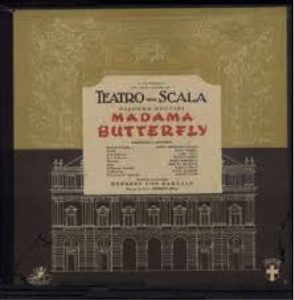 Interestingly, Callas, early in her career, was offered the role of Butterfly at the Met, but turned down the role, believing she was too heavy for the role. She later recorded Butterfly with Karajan in 1955 in a mono only recording at La Scala for EMI. I have a digital hirez (96/24) remastering of the recording, released as part of a complete set of Callas EMI recordings. Callas has received raves for her portrayal of the transformation of the innocent young Butterfly to a woman facing her fate. She only played the role on stage rarely. For many her acting will win the day, while others will favor sopranos with a more beautiful instrument. 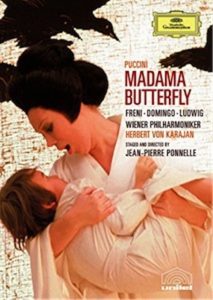 For another version, there was an excellent film done in 1975, with essentially the same cast as the Decca recording, but with the young Placido Domingo in the role of Pinkerton, replacing Pavarotti. The director of the film was Jean-Pierre Ponnelle, who was a well known opera and opera for film director.