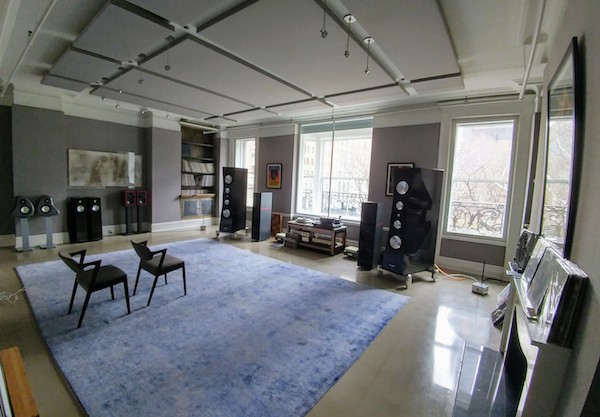 In this article, you will get my impressions on the Zellaton, Stenheim, FM Acoustics, Le Son dac, and the Brinkmann Balance.

I visited Audio Arts because I had picked out Stenheim Alumine 5 as a key star in smaller sized cones at Munich 2016. Audio Arts (Gideon) is one of the few dealers around the world stocking it. 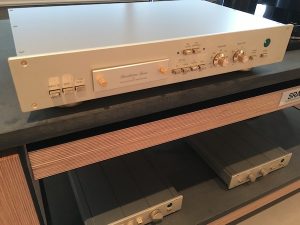 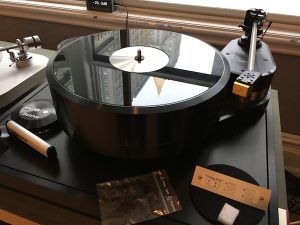 We started off with an audiophile Jazz LP that Gideon chose. I could not connect, and asked him if he had classical. Gideon immediately cottoned on to my tastes, and out came a Dietrich Fischer Dieskau LP, followed by a one from the Electric recording company. 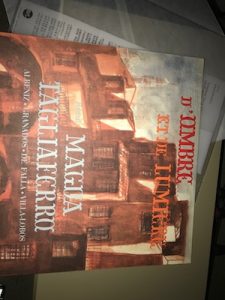 The above piano recital was followed by The Bela Bartok on Hungaroton SLPX 12409 , and my Beethoven 45 rpm Apassionata (Kamiya RCA-RDCE-4). This was possibly the finest piano I have heard on a cone. And I was stunned by the Brinkmann Balance, Jan Allaertz and the FM combination. The piano was stable, full bodied, decayed brilliantly. The sound appeared grounded, linear through the midbass, and not bright, yet not rolled off.

I took out my Decca original Edition 2 Ruggiero Ricci Lalo Espagnole. Again, this was the finest violin tone I have heard a cone produce – each variation in tone of the violin stood out clearly, with sufficient highs but no etch. I would have loved to nail exactly what the Jan Allaertz Boron was doing. Pietro of Yamamuras has both the JA and the Zyx Ultimate Diamond and a FM 122, prefers the Zyx, but that is top of the line 20k and much more expensive.

Then I took out Solti’s Decca Beethoven 9, 4th movement. The vocals were indeed magnificent, and I was to realize later once Gideon took out Emerson Lake Palmer and Charlie Bluebird (not my reference LPs or music), I enjoyed those and I could listen to anything played on this system. The viola and cello from another Electric Recording Co. LP was equally realistic, Jacqueline Du Pre’s cello showing excellent midbass detail without being thick. 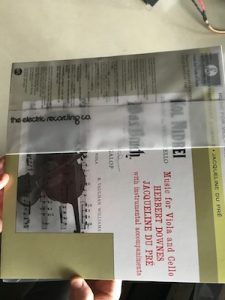 We then moved to the Le Son dac. This is where it gets interesting. As we played Cecilia Bartoli, Elly Ameling, some violin, and other pieces, the dac kept up. I had no other dac to compare, but this dac was sounding on par with most of the analog. I walked over to Gideon, and he was streaming it through his laptop using Roon/Tidal. No fancy streamer. This is indeed an excellent dac, and it would be interesting to put this next to the Lampi and the Neodio Origine with Shun Mooks

On my pleading, Gideon moved the Stenheim Alumine 5 next to the Zellaton. He would have loved to set them up properly, but we had less time. You see them in the main pic, smaller sized next to the Zellatons Now, keep in mind this Stenheim model retails at 1/5th the Zellaton top model. The Stenheim in many ways held its own. While no Zellaton, it has significant bass and stage for its size. The mids are nice, but you can see where the Zellaton excels. The Ricci violin is good with the Stenheims, but with the Zellaton it is magical. So naturally the first question I asked after the violin piece is, does the Zellaton top half sound as good in the lower models? Yes, was the answer. What about the bass and the oomph, will the smaller model hold its own against the Alumine 5? Gideon thinks the 80k Zellaton Stage is what you will have to look at and compare to.

By now I had changed speakers, and switched between analog and digital. One thing had been constant despite the change in components. A groundedness, linearity through the midbass, fantastic flow and tone, highs without getting bright, attack on piano notes with the fuller body of the piano (systems usually do one or the other, rolling off the attack to go for the fuller tone), and with the Zellaton, spectacular violin (I have seen Nicola Benedetti, Sergei Krylov and Julia Fischer in the last month), midrange to swoon for without being colored. On the flip side, you can run the Stenheims with SETs, pushpulls, etc. to your choice as at 94/95db and easy to drive. There was a calmness throughout the system, lack of fatigue, yet no lack of energy. It was not laidback.

Reflecting back a couple of days later, I can see my excitement stands out more for FM and Brinkmann. The reason is this – the Zellatons are fantastic, and can be a final speaker, but they are 300k. And with cone speakers this size, there is always a room-size match. At 300k and depending on the room, people will have a lot of choices – the EA MM7, restored Apogees, horns, bigger Stenheims, YGs…but the thing is, FM can drive all of them, as well as the usual suspects of Wilson, Magico, B&W, etc. It too is expensive, but might be your final stop, SETs for horns aside, but even a horn system can use the phono and the pre. And for those with a lower budget, used FM 122 and 155 pre could be excellent buys.

This was my first proper FM experience, apart from listening to the FM 122 on Pietro’s Yamamura (one of the best, if not the best speaker for tone and flow). The SPJ Alba/Koetsu Blue Lace system that first woke me up to analog had the FM 122 in it. FM seems to retain the flow, tone, and body of Vitus, and marries it with the speed and attack of certain amps, but those amps usually lack the tone and the liquidity and can come across as lacking midbass and a bit sterile. I liked the density, flow, low noise, realism here. I have not done a direct compare, so please put the phono and the pre next to a good valve product, and the amp next to a good PP like Jadis, or CH or Boulder or Vitus or Dags or such high current amps that drive low impedances for your audition to confirm, or next to the Darts. Somehow I was reminded a bit of Mike Lavigne’s Dartzeel on Evolution Acoustics MM7 for the tone, mids, midbass linearity, and continuousness in musical flow for the system.

The Brinkmann was fantastic too especially for its price. This is a review by Fremer , he seemed to have gone gaga over the Balance when he reviewed it, rating the set up then next only to Rockport Sirius III. “The $23,800 combo of Brinkmann Balance turntable, 10.5 tonearm, modified low-output Brinkmann-EMT moving-coil cartridge, tubed power supply, and HRS M3 stand is—with the exception of Rockport Sirius III —the best turntable system I’ve ever heard”. He too recommends the tubed power supply, you can read about what it does in the review. Reading the review, I relate strongly to what he has written, especially around weight, authority, and airy without being bright.

Gideon has awesome pedigree. He owned Apogee Grands and the Scinitillas, and believes in high current drive. There are similarities in the sound. Oh yes, in his other room he has the Schopper 124. He also owns a rare pair of Jadis cones, a Garrard (prefers the Schopper). 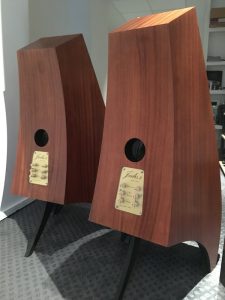 I will investigate Brinkmann Balance and the Jan Allertz more. We also played around withe Schnerzinger tweaks, and when you turn them on, the highs go up, cleaner, and soundstage is more coherent. When you turn it off, it seems to collapse.

As per Gideon, Zellaton’s essentially sound alike due to the same exact drivers and consistent application, and the Stage’s at 80k are probably the Zellaton sweet-spot.

Be the first to comment on "FM Acoustics, Zellaton, Stenheim – Audio Arts"