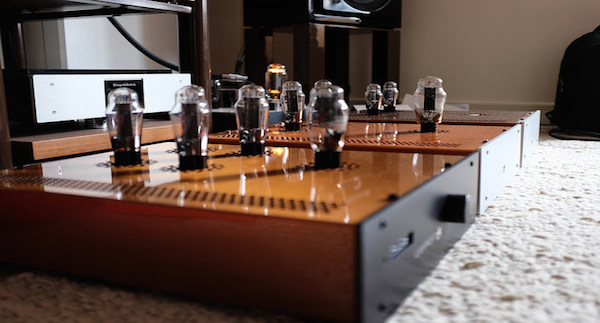 A few years ago I owned the AR Dac 8, and had ABed it against Weiss, Meitner, CAD, and Auralic Vega. While digital sounds different, I did not feel any need to upgrade my used price £2.5k dac. The UK distributor for Lampi (Greg from Gpoint audio) paid me a visit with the Lampi 5, VAD dac, and Resolution Audio Cantata. Of all these dacs, it was only the Lampi 5 that made me decide I need to upgrade. To save cost, I initially ordered the Lampi 4, but did not like it sufficiently enough, and went back to the 5.

Since then, I have made many compares of Big 6, Lampi 5, and the Big 7. The leap in Lampi 5 to the Big 7 was significant, as the Big 7 was a DHT dac, and allowed for much more detail in complex orchestral to flow through. Till I heard the Big 7, I always wondered if I had made the right deal, and if I should have instead waited for one of the uber priced dacs to fall down in price in the used market before upgrading.

I do suffer from post-purchase dissonance, so I compared the Big 7 with 101D replicas to the Trinity at Elberoth’s (Adam), was surprised to prefer the Big 7, though marginally, and on orchestral only. Rest was equal. But then I compared it with Esoteric K01 in two systems, one with a clock (the clock offers a significant jump to the K01). Both owners and I preferred the Lampi. I have since compared my GG to the one with the clock, and also to an Esoteric K01X.

I would also suggest visiting the WBF Lampi DSD , Golden Gate arrives, and Valve differences for more analysis. The Audioshark Lampi section has tons of information on the Lampi. You will come across a few users who moved from Playback Design to the Lampi, from Berkeley Reference to the Lampi, and Al Rainbow who owns the MSB stack and the Lampi and prefers the latter. I don’t know any the other way and have no experience with these brands except when at Detlof’s we compared the Beast streaming into the MSB and both preferred it much more to his Zanden.

I would advise against auditioning at hifi shows.

My strong recommendation is to get a minimum of a big 7. If you need to wring the last drop out, get the GG. Put the remaining money to a nice streamer, and then invest in analog. I have not been to a single room where I have heard any sonic benefit to my ears from a more expensive digital. Changing phonos, cartridges, and jumps from 33rpm to 45 have given me much more sonic upgrades than moving from Oppos to 80 – 100k priced stacks, and at much lower costs. We audiophiles have a tendency to get stuck on the upgraditis train, and sunk costs make us keep upgrading. If you are above the Lampi budget, Stop! Get out! Downsize! Get the Lampi and go analog! If you have more money, buy 45s. Buy tape. Amps, speakers, room treatments, anything. If you are at a lower price level, try the Atlantic.

The Lampi comes standard with R2R, ask for the highest DSD you can get, and don’t fret about the upsampling. Play songs native, yet have the flexibility to upsample PCM to DSD. On certain songs you will prefer one or the other. 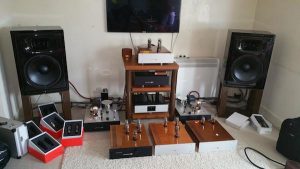 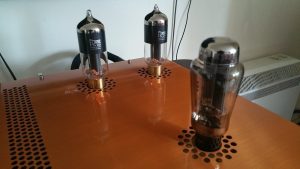 That sums it up. The above WBF and Audioshark links detail the differences. You can refer to this as well.

In the rectifiers, not having demoed the Takatsuki 274b properly, and which costs $1000, the best is the special Lampi KR 5u4g recti. However, only a select numbers were made and these are unobtanium unless you are lucky to find any used. So the safe bet is to get a KR 274b. We found both to be better than the EML 274b and 5u4g mesh. More drive, bass, dynamics, and stage. EML is better than other lower priced rectis we rolled.

Another interesting post is from Dave, who owns the Lampi along side a Kuzma XL4, Kuzma 4point 14 inch, Lyra Atlas, VDH Colibri Gold, Shelter Harmony, and the Ypsilon Phono. Link here