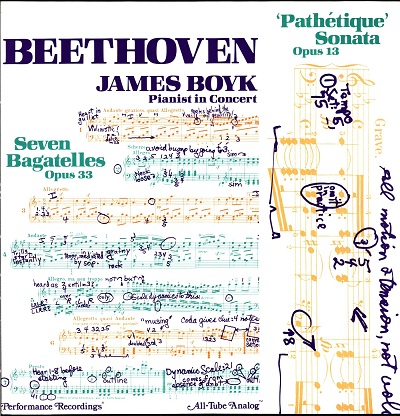 This is some introductory material that I will be using throughout my blogs.

Throughout the history of music, composers have used forms or structures in their compositions. In particular, in most of the music I will be writing about in these blogs there are four or five forms which reappear with great frequency, particularly in multimovement pieces, like symphonies, concerti, sonatas, string quartets, etc.  I will give a brief definition of each of these major forms.

(BTW, some use the term “form” to describe the pieces like symphony and concerto. I am not doing that.)

This is a very simple form.  A theme is stated and then a series of variations follows based on the theme.  The variations always have some basis in the theme, usually with some melodic material recognizable to the listener. But sometimes the variation changes tempo or key or harmonic structure, making it more difficult to follow. Usually the theme comes back at the end in its original form to create a bookend.  A good comparison is jazz, where a theme to a song is normally played first, and then a series of improvisations, based on the theme is played by different instruments in the group. The structure would look like AA’A”A”’A””A

Minuet and Trio (or Scherzo and Trio) Form

A rondo is a theme that recurs multiple times in a movement, with different contrasting themes in between.  A rondo is often the last movement of a piece, usually fast and bright sounding.  The structure would look like ABACADAEA

The most complex form is Sonata Form, sometimes called Sonata Allegro Form. It is also the most common, and longest, occurring in almost all first movements of multimovement pieces.  It can also occur in other movements. The basic idea of the form is to present two or more contrasting theme – the exposition. Then parts of the themes are modified in different ways – the development, and then finally the initial themes return in a slightly modified form – the recapitulation.  There is often an introduction before the exposition and a finale, called the coda, at the very end of the movement.

There are some typical conventions which are generally followed, more during the earlier classical period (Haydn and Mozart, late 1700’s). The first is that during the exposition, the first theme, generally more vigorous, is presented in the tonic key – normally the key of the piece, and then there is a transition, the modulating bridge, which leads to a more lyrical second theme, typically in the dominant key (5 steps up from the tonic -e.g. for the key of C, CDEFG, G is the dominant key). In the recapitulation, the first and second themes usually stay in the tonic key, no modulation to the dominant.

In concerti, where there is a soloist competing with the orchestra, there are typically two expositions, one for the orchestra which plays the two themes (normally staying in the tonic key) and then a second exposition where the solo instrument is the star with the orchestra as accompaniment. That second exposition has the second theme in the dominant.  Sometimes the composer will add a third theme, just for the second exposition, to highlight the soloist. Also, typically, there is a second toward the end of the movement where the solo instrument is allowed to show off its chops – the cadenza, sometime written by the composer, sometimes written by the soloist or other performer.

Audiences during this time (the classical and romantic periods) were generally very familiar with these forms and when composers strayed from the standard form, they would be noticed – sometimes for good and sometimes not. Today we are much more familiar with the symphonies of Beethoven, etc. so we are often not aware of how revolutionary the manipulations of form were to their audiences.